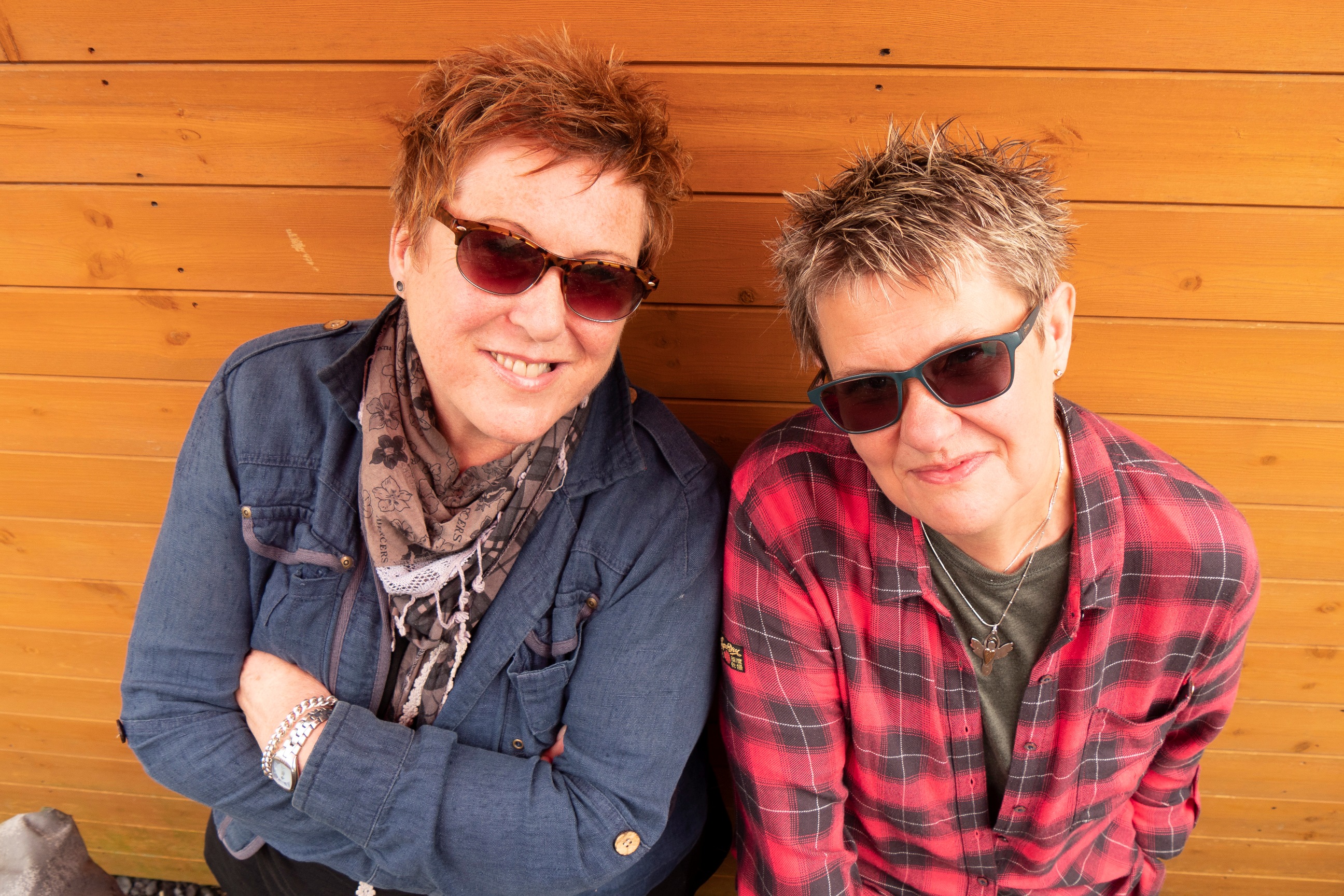 This will be a busy show. To allow for better social distancing and ventilation it will be held as an indoor / outdoor show. If you have a strong preference for either indoors or out, or if you are in a large group please get here in good time as the seating is unreserved. Note that whilst the outdoor space is covered and heated and comfortable you will need to dress for the weather, so bring a coat.

With more than 25 years of unrivalled musical partnership and gathering numerous nominations, awards and critical acclaim along the way, much beloved British singer-songwriters Chris While and Julie Matthews celebrated a quarter of a century last year as one of the best loved and most prolific female duos to come out of this country.

Chris While (vocals, guitar, banjo, dulcimer, bodhran and percussion) & Julie Matthews (vocals, piano, guitar, mandolin and bouzouki) are stunning singers, songwriters, musicians and performers whose energy and commitment to their craft and their audience is boundless.

They are two of the best and most hard working musicians on the world folk roots scene, both are highly regarded producers and they record everything that they are involved in at their own studio in a small Pennine town far from the London-centric music industry. They truly are inspirational women.

They have been nominated ten times in the BBC Radio 2 Folk music awards in the Best Song, Best Duo and Best Live Act categories and winning Best Duo in 2009 but it is their longstanding and devoted growing fans that they care about most.

“The undisputed queens of British folk duos continue to come up with the goods, 1st class songs delivered with to die for harmonies, immaculate musicianship & melodies that lodge themselves in your brain” (The Guardian).

“It’s a real honour just to be an audience member but I’ve had the added honour of standing on a stage with them playing along in the background, things like that I’ll treasure forever, truly gifted human beings” (Richard Hawley).

“Chris While is the best singer in England” (Eddi Reader)