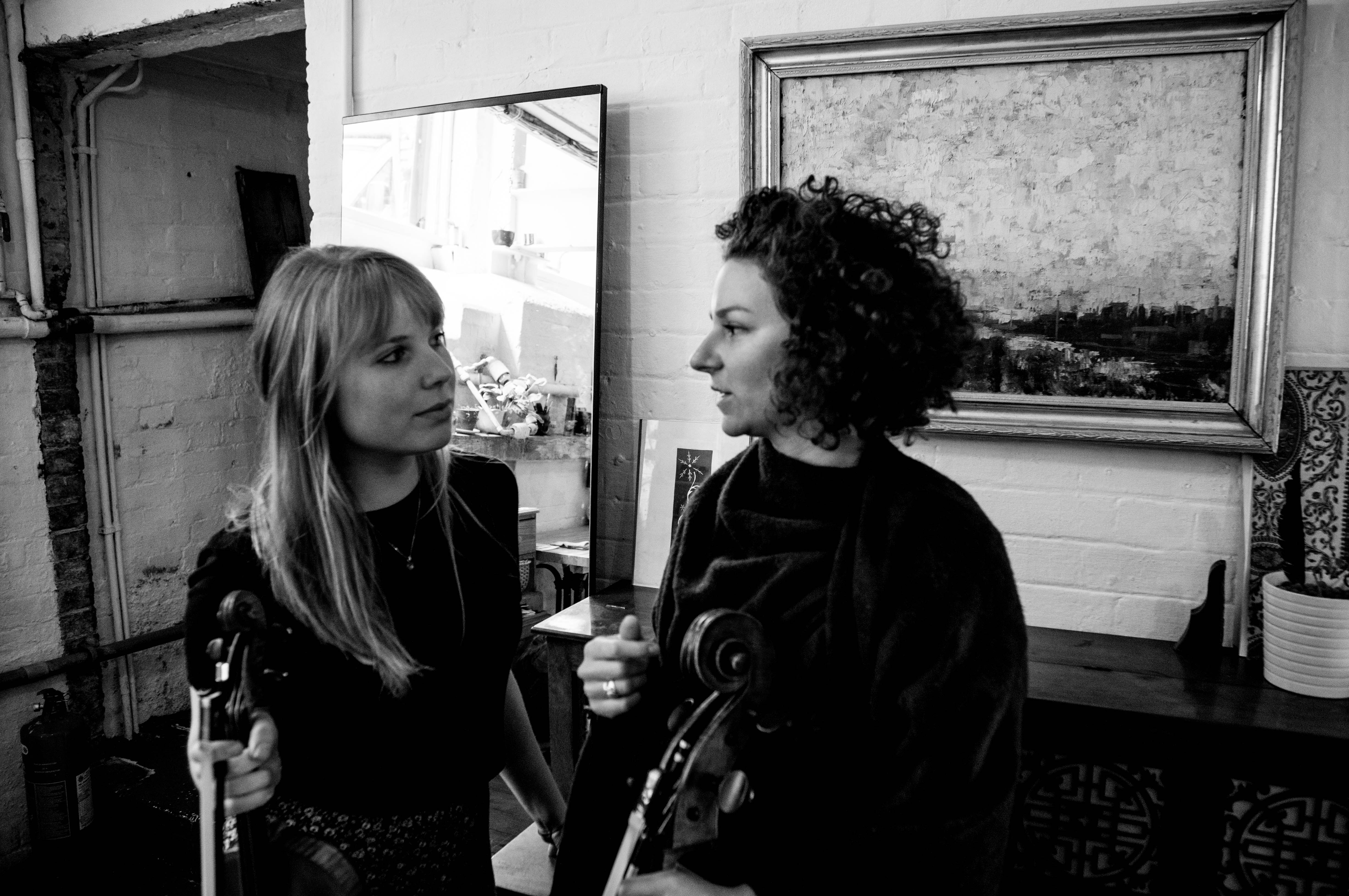 Described as ‘a string duo bound for glory’ by Max Reinhardt (BBC Radio 3) Fran & Flora (Francesca Ter-Berg and Flora Curzon) are quickly becoming one of London’s most sought-after bands. A duo with a distinctive improvisatory and ethereal aesthetic, they draw inspiration from their travels and mentors in eastern Europe and beyond.

The Katies are a genre-spanning folk(ish) duo comprising Katie Stevens (of The Bonfire Radicals) and Katy Rose Bennett. Both are skilled multi-instrumentalists and singers and present a veritable smorgasbord of musical delights: from Traditional Irish, Klezmer, Bulgarian and British folk music to American jazz standards, alt-country, original songs and reinterpretations of 60s pop.
With Katie on clarinet, whistles and flutes and Katy on guitars and keyboard, their music can move from intimate, delicate 2-part vocal harmony, to fiery, fast and raucous dance tunes in a matter of seconds