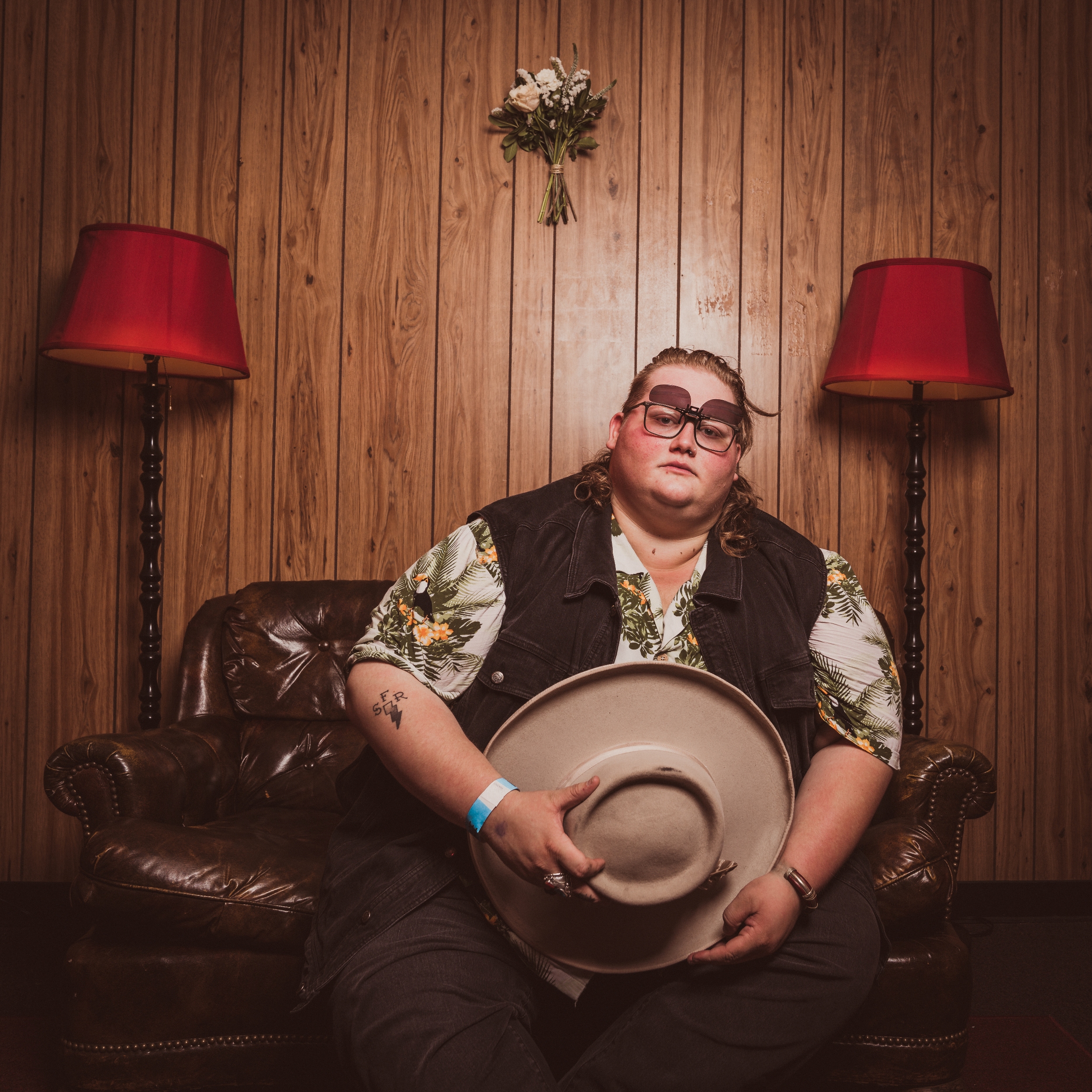 Raised on the music of the Smokey Mountains, Joshua Ray Walker took a precarious path back to traditional country music. One forged by musical exploration and life experiences that most his age have not yet endured. He has played his songs on stages all across Texas and beyond, enthralling listeners with his brand of melodic, character-driven writing which puts a new spin on traditional story-telling country.

Once the best-kept secret of Dallas’ music scene, Joshua Ray Walker catapulted himself into the international spotlight with his 2019 debut, Wish You Were Here. An album of character-driven songwriting and golden-era Texas twang, Wish You Were Here didn’t just nod to the larger-than-life troubadours who’d inspired Walker’s craft — it brought him into their ranks, too, adding Walker’s name to the shortlist of songwriters worthy of carrying the torches of Guy Clark, John Prine, and Blaze Foley.

What may have looked like overnight success to an outsider was, in reality, the product of a decade-long climb up the industry’s ranks. A working musician since the age of 13, Walker spent years balancing his gigs as a sideman with a dizzyingly busy schedule of solo shows, regularly racking up more than 250 gigs annually. He sharpened his songwriting, too, developing a blend of autobiography and fiction that often revealed as much about the song’s creator as its characters. That prolific approach now leads Walker to 2020’s Glad You Made It, a sophomore record that both matches and magnifies the vital, vulnerable lure of his debut.

From Voices – a showcase for Walker’s voice, with a high-lonesome yodel worthy of Dwight Yoakam – to the album’s haunting, hard-rocking closer, D.B. Cooper, Glad You Made It presents an interpretation of country music that’s greasy one moment and gut-punching the next. A true Texas storyteller, Walker writes from the perspective of down-and-out characters who haunt the darker corners of the Lone Star State. There’s the fake-tanned beauty who sells bass boats in the bittersweet, accordion-filled Boat Show Girl. The addict who’s ready to give into temptation during the honky-tonk rager User. The procrastinator losing track of time in Cupboard, a song whose first-rate guitar work evokes Dire Straits playing cowboy music in a Texas dancehall.

“Even if I’m writing about a boat show girl — a woman standing in a bikini, trying to sell Bud Light — I’m examining something about myself through these characters,” says Walker, who began picking his first songs in his grandfather’s workshop in East Dallas. “They’re part fictional and part autobiographical. These are people who’re running out of luck, but that’s not going to stop them. Everyone’s doing what they’ve gotta do to get by, and I love meeting characters like that. I take bits of those real-life people and combine them together to create the subjects of my songs.”

The lyrics may be downcast, but Glad You Made It remains dynamic and defiantly upbeat, a result of lessons learned during Walker’s tour in support of Wish You Were Here. As that album earned worldwide acclaim from outlets like Rolling Stone, NPR Music and The Boot, and spent twelve straight weeks on the Americana radio albums chart, Walker bounced between headlining performances of his own and opening slots for Colter Wall, Charley Crockett, and American Aquarium. Walker even flew on a plane for the first time so he could head to Europe for a fall 2019 headlining tour. Those high-profile shows — often played to full rooms, with audiences eager to two-step — inspired him to focus on danceable music that shone a light not only on his songwriting, but also his strength as an instrumentalist, drawing on the chops he’d built up during his side hustle as lead guitarist for the country-punk cult favorites Ottoman Turks.

The toe-tapping tempos of Glad You Made It also allowed Walker and producer John Pedigo to make use of an expanded studio band. They kicked off the tracking sessions at Audio Dallas, capturing everything on two-inch reel-to-reel tape and working with the same musicians who appeared on Wish You Were Here. From there, they headed east to Nashville, where they set up a makeshift studio in an Airbnb and finished the album with contributions from numerous roots-rock road warriors, including pedal steel player Adam “Ditch” Kurtz, singer/songwriter Mallory Eagle, slide guitarist Wade Cofer, and bluegrass staple Gaven Largent.

“We told people to just come over and hang out,” Walker remembers. “There was beer and food in the fridge. I wanted it to feel like a party and have this loose, fun energy. Even if the lyrics were dark, we didn’t want the songs to sound depressing. We almost wanted to trick people into dancing to them.”

It’s that intersection — the push-and-pull between emotionally-charged, soul-baring storytelling and bright, buoyant arrangements — that makes Glad You Made It a modern classic. Like the Texas titans before him, Joshua Ray Walker confidently blurs the lines between the personal and the universal, between fact and fiction, between country music and the sundry sounds that orbit the genre. With Glad You Made It, he lays another brick in the pathway he’s been constructing for years, pointing his way toward a destination that’s unique and utterly compelling.