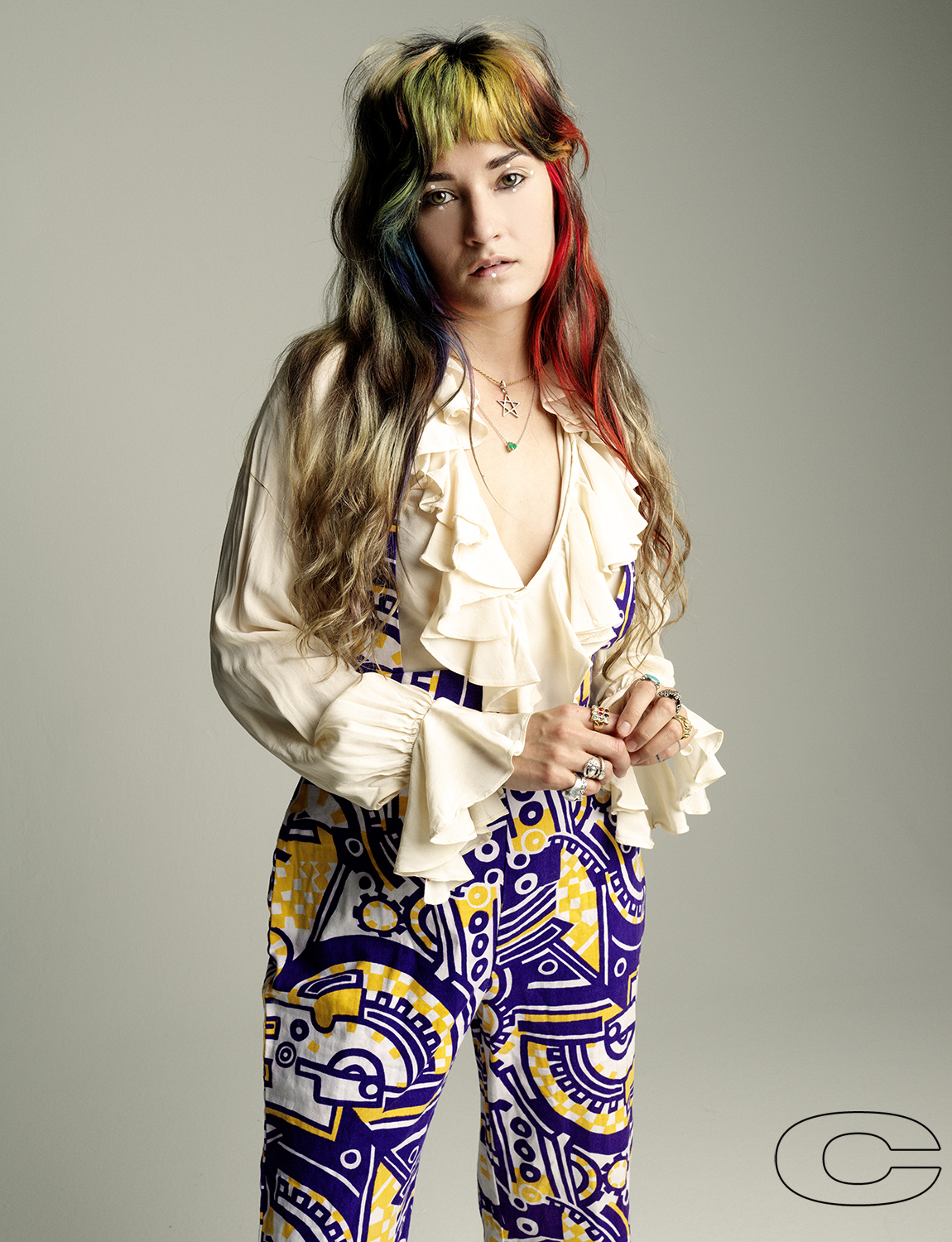 Everyone remembers the first time they see Lauren Ruth Ward sing. Not many singers have that effect. The thing is, you’ve never seen someone sing from every cell in their being and well, it changes your own chemistry for a moment. You think, if she can be bigger than her body, why can’t I? And just like that, you are empowered. What’s better, you never expected it would feel this fun.

Critics have declared Lauren Ruth Ward as a cross between Janis Joplin, Florence Welch and Courtney Barnett. And while the consumer compass inside of us grasps at these to feel safe, comparisons don’t feel just when trying to describe such a singular presence as Lauren. Her debut album Well, Hell garnered accolades from NYLON, Noisey, Consequence of Sound, the Los Angeles Times, Indie Shuffle and more. It introduced this Maryland native turned LA transplant to a world wide audience. Viral clips spread quickly of this new phenom’s visceral live performance. Singing in the faces of fans, songs like Blue Collar Sex Kitten, Make Love to Myself and the soul crushing Did I Offend You.

“I have a lot to say”, she howls in the title track. An oriflamme of the tie-dye explosion of energy and emotion that was felt when she hit Echo Park. Fans and bands alike fell for Lauren. Many times taken aback that she would show up to all of their sets and even take her own time to promote the shows of bands she liked, building a whole community around her as this refreshingly supportive East Side music peer. Echo Park folk powerhouse Alicia Blue even released a song about LRW titled The Queen of Echo Park.

In no time, LRW was playing to sold out crowds in the US and overseas, sharing stages with artists as diverse as the Yeah Yeah Yeah’s, Shirley Manson, Eddie Vedder, LP, Shakey Graves, Liz Phair and even Keith Urban; with a growing reputation for stealing the show.

She’s recently fallen in love with the process of recording to tape, which is how she plans to attack album number three. Talent met in equal parts with work ethic and a prolific writing process that she shares with guitar wizard Eduardo Rivera. We have already gotten a taste of her new material in songs like “Valhalla”, “Wise Gal” and “Super Bullshit”; in tact with that voice, sounding just as visceral but even more focused and mature. Lauren’s music videos are extensions of her art and serve as calling cards for a woman that will continue to have a lot to say. From the new material already released, it is evident she will deliver these messages of empowerment and self discovery with honesty, beauty and poignancy.

This year, you can catch Lauren Ruth Ward and co. on their UK headlining tour. And when she’s not on the road, she’ll either be recording with her new side project, Aging Actress, formed with Chris Hess, singer of LA band SWIMM, or working in her home salon.

Rock n Roll in 2020 really needs something. Thank the fucking Goddesses above and below for sending us Lauren Ruth Ward.

To register for this event please visit the following URL: http://skiddle.com/e/13816473 →