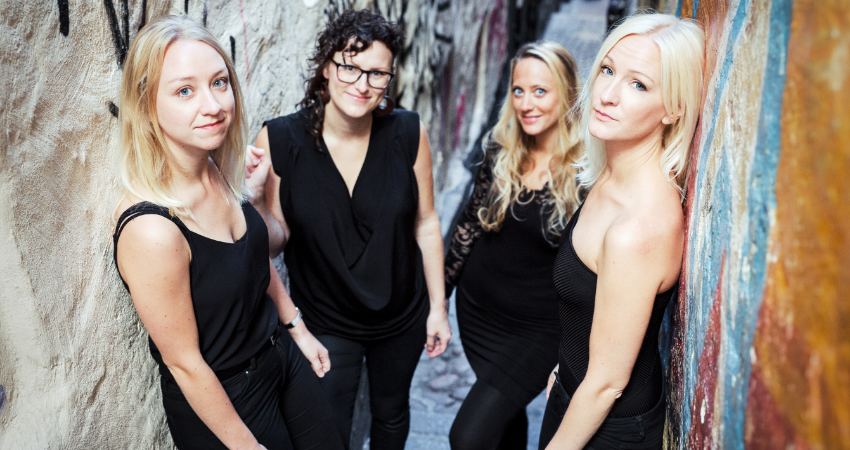 Kongero is a Swedish vocal group, consisting of the four female folk music singers Lotta Andersson, Emma Björling, Anna Larsson and Anna Wikénius. Formed in 2005 when the original members all attended a Nordic folk music conference. By chance they started singing together and found that their voices and harmonies blended perfectly. Since then they have performed at many of the major folk music scenes and festivals and at several a cappella and chamber music festivals as well as touring in Europe, Asia and The Americas. They also do well-received church concerts, school concerts, tours, perform at business events, and conduct workshops in traditional Swedish vocal music and vocal harmonies.

Kongero will also be running a workshop before the show for all singers interested in learning Swedish folk songs and traditional Scandinavian music.This will start at 16.30 and run for 90 mins and the tickets can be bought separately or together with the concert.